Project I - Prove That Implosion Based EKG Feedback and Neurofeedback Can Sustainably Eliminate Addiction and Attnetion Deficit Disorder - In the Process Practically Replacing Drugs for Young People With Self Empowering BLISS Process : Reinventing RAVE.

1. Using The A NEW MUSICAL HARMONIC ANALYSIS OF HOW BLISS IS CREATED AND FUNCTIONS TO RESTORE THE IMMUNE SYSTEM,

Suggests Powerful New Solutions to DRUG Use Among the YOUNG - Using Music Tuned to Bliss (Phi) Harmonics AND Biofeedback to Make SELF EMPOWERED Bliss Teachable - Eliminating the NEED for Drugs / Addiction.

Project II - Prove that Life Force and 'Quality of Life Energy' can be Defined and Measured and then Optimized by Harmonic Analaysis. We Amplify then Spectrum Analyze to Determine IMPLOSION ONSET (2nd order FFT: the Septrum - as in HEARTLINK) the Capacitive Field around ANY Living Substance to Compare it's LIFE ENERGY and SELF ORGANIZING Capability. 2 Major Variables tell us it's LIFE FORCE Comparison - both come from the SEPTRUM - a.) the AMOUNT of INTERNAL COHERENCE as a complex oscillator - as indicated by the AMPLITUDE of the first harmonic peak of the SEPTRUM , and b.) The POSITION or Value of that Septrum 1st Peak indicates a MUSICAL FUNDAMENTAL which is GOLDEN RATIO INSTEAD OF OCTAVE when IMPLOSION / SELF-ORGANIZATION onsets. Example : Schaubergers Piezoelectric Water Implosion Vortex to Make Electricity from Gravity began when COLDNESS increased - which with this technique we can now MEASURE and optimize.

Completing the project we began in the lab - using the 'Callahan Probe' but optimized to a measurement 'well' concept. To measure LIFE FORCE in any substance - not just by measuring CHARGE - but by looking at the CHARGE HARMONICS for the onset of embedding - becoming ALIVE. ( more detail: The Nature of Consciousness - To Self Refer = To Self Embed = To Become Self Aware )

( 'all human interactions are about CHARGE'.... from "Celestine Prophecy":)

EXAMPLE OF MEASURING OF LIFE FORCE USING SPECTRUM ANALYSIS ON CHARGE (CAPACITIVE OR CHARGE AMPLIFICATION FED INTO SPECTRUM ANALYZER... (Not shown is the addition of second order FFT or septrum as in heartlink, where the AMOUNT of coherence is elegantly measured in one peak.)

Sea Water Soaked Hemp Fibres Functioning as a capactior, lying under a tree. Amplify the charge, and spectrum analyze,

note the Schumann harmonic in the cascade... Note at arrow how human emotion measureable effects this tree.

Other examples of emotion effects measured on trees: Measuring the Effect of Tree Hugging!

Project III - World Touch University: (VIRTUAL UNIVERSITY on CD as delivered earlier to you. ) - . The Harmonic Geometry of PEACEMAKING in Principle. Prove that PEACE on the LAND is CREATE-able by extending the SACRO CRANIAL Principle that by adding ATTENTION to TOUCH - FUSION / Implosion by PHASE SORTING is Created in the Spine. This means we can enact that same IMPLOSION symmetry which heals the SPINE Pump to BLISS - by arranging LONG WAVE MAGNETIC LINES to Fractal Rose like geometry on the land. Villages and towns find that the EMOTIONS can touch and NOT DESTROY (non-destructive compression) across the land. a.) We measure soil magnetic flux permissivity (which when it is NOT present - my friend Professor Phil Callahan illustrated is a predictor of WAR ) , b.) We rearrange long wave magnetics in the LAND - with LABYRINTHS, DOLMEN, FENG SHUI - GRID ENGINEER - GEOMANTICS - see 'Uriel's Machine' - and "Bill Witherspoons" Land Sri Yantra Eliminates Desert - Even restore the CLIMATE pattern out of CHAOS by Fractality in the MAGNETICS between Jet Streams , Tectonics , Ley Lines the Size of Mountain Ranges. In summary - we teach that THE ONLY PATH OUT OF CHAOS FOR ANY WAVE SYSTEM IS THE IMPLOSION PATH - WITH - HEART OF EMBEDDING by FRACTAL and SELF SIMILARITY. To SELF ORGANIZE IS by PERFECT EMBEDDING is to BECOME SELF AWARE and END THE NEED TO DIE - the PERFECT PEACE - fullness.

. Prove by Spectrum Analysis of Implosion in Long Wave Earth Magnetics / Tectonic ELF MicroQuake / Jet Streams- That Global Survival of the Solar MAXIMUM Depends on Implementing the Principles of COMPRESSION / IMPLOSION. Rearranging land to embed - become rose like in fractality of long magnetic lines - could save the Earth from Solar extinction! - First Attachment -

5. Report on Nobel Peace Prize Committee Project to Teach Peace by PRINCIPLE OF EMBEDDING - from Pamela Hiley in Oslo, Norway.

Refining our extensive research that PEACEMAKING can be taught scientifically, as a field effect which self organizes mathematically - and permits TOUCH - first at a human individual level - then at a community level .

1st - in one body (the sacro cranial - see link)- IS THIS RECURSION?KEY TO THE HARMONIC GEOMETRY OF BIOLOGICAL OSCILLATORS

Rearranging land to embed - become rose like in fractality of long magnetic lines - could save the Earth from Solar extinction! 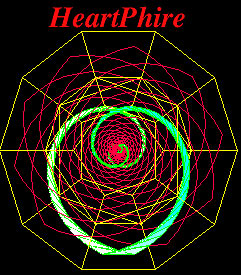 Solution to Global Warming: ReArrange Land Magnetic Lines...to the Embedable Geometry!
Golden Ratio Based Stellated Forms Create Coolness because They Compress (in Solar Fire) With No Heat (copy of paper attached)
Proving that fractalizing the arrangement of long magnetic lines in demonstration project bioregions, could easily prove more that effect on microclimate and even global warming. As the solar maxima approaches, those bioregions which do not acheive compressibility will be doomed. (heat making). This applies as much to DNA made braid shareable compressible as it does to bioregions.

Originally it was spectral harmonics of plate tectonics which predicted Earthquakes (Rauscher, Trombley, Bill Bise). Now we can extend this model to predict which bio-regions can withstand solar maxima magnetics. This is the language of physics telling us what will survive the 'rapture'.

6. Implosion Water Nozzle Drawings - Hydrodynamic Flow Pattern to by COMPLEMENTED BY A MAGNETIC PATTERN SUPERPOSED ON THE WATER AS IT ENTERS THE CORRECTED CONE VORTEX. Ultimate Water Purifier, Perfected Spin Nozzle based on Phi Recursion

-propose in integrate: (Marty I need to introduce these groups to you - they are friends.)

C. Collaborate to optimize Implosion Vortex Spin Devices - based on my actual equations for the perfect shape of the vortex imploding nozzle in 3D - then adding MAGNETIC fields aligned with the pressurized nozzle. (with Implosion Research group UK , per teleconference)

Section 7. Physics of Consiousness : "CONSCIOUSNESS AS A SELF REFERENTIAL SYSTEM" University Paper on ARTIFICIAL INTELLIGENCE in Lisbon Portugal by Gustavo Figuerido, Based on Dan Winter's Work also Mentions Dr. Otto Van Nieuwenhuijze's work - 66 page draft copy. Thus Paving the Way to Teach Awareness Itself Based on Self- Reference - Implosion in Wave Geometry. A complete theory of ARTIFICIAL INTELLIGENCE and SELF ORGANIZATION

based on my work on the wave mathematics of recursion, from the University in Lisbon, reprint soon. Lays the theoretical foundation for HOW waves become self organizing in any biological oscillator. Providing the essence of the principle for the origins of self awareness in DNA. . Marty: Click here to view / print - preliminary version of this paper.

Project VI. - . Prove by Spectrum Analysis Determining DNA Implosion That Genetic Researchers Must Take into Account Braid Recursion / Embedding Structure - WHICH WILL COME TO DEFINE ENSOULMENT IN THE GENES. See Pictures in the Section Outline Which Follows.

All we need is access to existing academic research which takes spectral emissions of DNA in any one of several frequencies (audio/phonon , uv , rf , microwave , infrared , etc.). And we could apply this mathematics of embedding to PROVE to genetic engineers that their failure to understand BRAID implosion in the structural nesting of DNA, could cost our children their soul. In other words, we show when the harmonics of DNA begin NON-DESTRUCTIVE COMPRESSION, and we can give a whole to meaning to SELF ORGANIZATION in genetic material!

Introduction: The core of DNA is clearly inhabited by a wave of electrical charge whose geometry is the MOST self-similar or fractal of all the waves of nature.

The major message is precisely the self-similarity in the geometric core of DNA - is proof that the electrical waves in genes ARE self-aware. This means they need more respect.
Once we have demonstrated HOW a wave becomes self-aware - several things happen to a genetic engineer:
A. He learns to be gentle with DNA - the little wormy things, because they FEEL!!!!!
B. He learns that the perfect connectedness which is at the core of DNA means - no messing with it's geometry until that meaning of that perfect FIELD UNIFIER - - "All is GOD" connector is understood.
C. DNA will be understood as an electrical implosion device designed to steer the waves of charge into recursion which we have previous known by little understood word: GRAVITY. Simply put, DNA was designed to properly compress and IMPLODE the electrical waves to MAKE gravity. This relates to the role of DNA in embedding in, and thus steering TORNADOES. The shamanic way of steering a tornado like an obedient puppy, is described in physics as the geometry of embedding. This psychology of compassionate FEELING FOR something, is measureable mathematically as the frequency signature of self similarity.

D. The realization that the future survival of our genepool probably requires an explicit understanding of what 'squirts' thru light speed out of DNA. When harmonic velocities build up faster than light speed, ultimately an infinite number of wave VELOCITIES as well as wave lengths can converge at one point. This evolution to implosion linking wave fronts between multiples of C light speed, is in physics the essence of what is LIFE itself. It requires so much recursion and self similarity of wave structure, that only DNA based systems maintain the wave nesting properly.

Approximately 20 Major Articles by Dan Winter on this Concept Linked at soulinvitation.com.HEART LINK